When it comes to spiritual matters, I am a slow learner.  I identify with the prodigal son that Jesus talked about, except that I would have taken even longer to recognize my mistake and my need for forgiveness.

I am the oldest of 2 sons and was born in the U.S. to Korean parents.  Being the oldest, I was always given the best and the most time and attention from my parents.  I was definitely spoiled growing up.  I grew up going to church and, being both a reader and a person of habit, read the Bible consistently every night when I was young.  I probably read the Bible straight through twice by the time I finished middle school.  I was very shy and a loner and didn’t have many friends.  At church, I was quick to listen to the story of Jesus but I didn’t really know anyone.  I don’t actually remember when I first made the admission that I was a sinner and belief that Jesus was the son of God and commitment to follow Him but I think I did sometime in middle school or younger.

When I was in the 6th grade, my family and I moved to Korea abruptly to live with my grandparents.  My parents were going through a lot of conflict with each other and promised me that we would return to the U.S. soon, which never ended up happening.  I soon became unhappy and isolated from most people.  When I was in the 7th or 8th grade, I read a news article about a cult that had committed mass suicide, and somehow this triggered an avalanche of sadness and bitterness in me.  I was in a dark depression and blamed all of my problems on my life situation, including my dysfunctional family, my preppy school, in fact the entire country of Korea and world, none of which I felt could understand me.  One day in 10th grade, I did the unthinkable and ran away from my problems by leaving Korea with some money I had taken from my family and flew to the U.S. on my own.  I had no concrete plan, just the urge to escape and leave, and I threw away my passport soon after I landed in the U.S.  I spent one night on the street and was picked up by the police and later sent to stay with my aunt nearby while my parents figured out what to do with me.  When I spoke to my Mom the next day, I told her that I wanted to return back to Korea and back to my old life.  When I returned to Korea a few weeks later after my passport was reissued, I was no longer depressed and had a new lease at my life.  I didn’t quite realize it at the time, but God had allowed me to throw my life away and hurt those around me, all for a brief moment of happiness and enjoyment, only to give me another chance at living my life free from depression and surrounded by family who would love and forgive me.

Despite all of this, while I was no longer depressed and bitter, I was not ready to come closer to Christ.  Throughout high school and college, my faith was the size of a mustard seed.  I had Jesus in my heart and prayed occasionally to return to him, but I was preoccupied with other things in life like my friends, music, video games, and most of all, myself and how I was perceived by others.  I thought of myself as a good person: someone who probably sinned less than others and so was more deserving of God’s love and blessings.  But my life was no different from any non-believer.  Everything changed when I moved to San Jose for grad school and began attending a church and asked to join the praise band to play guitar.  Because of this responsibility, I had to come to church on Sundays and Saturdays for practice consistently.  I slowly became more and more aware of my sin and the ugliness of sin in general, developed friendships with other believers, and started to care more about developing my relationship with Christ and helping others grow closer to Him.

I met and married Chantra and came to Bridgeway Church 9 years ago, where I was further challenged to confront my natural inclinations of selfishness and pride and was called to serve in Oikos, GROW, and now Youth ministries.  I was recently challenged by the devotion from My Utmost on September 28 which is about the rich, young ruler.  The ruler had gone through great pains to follow God’s laws but he is short of actually knowing Christ.  In the same way, I don’t want to focus on just following God’s rules but instead, I hope to become closer and closer to Christ until I can genuinely abandon all other desires and truly follow him.

Recently I made the difficult decision to quit my job, take my kids out of school, and homeschool them.  I did this for several good reasons related to my kids, to try to help their academics, to build a stronger bond with them, to be a better minister and witness to them.  But I also did it to grow in my own relationship with Christ because I was struggling to find the time and space to nurture my relationship with Him.  My last day of work was this past Friday, and I hope that I will be able to become ever closer to Him.  Thank you. 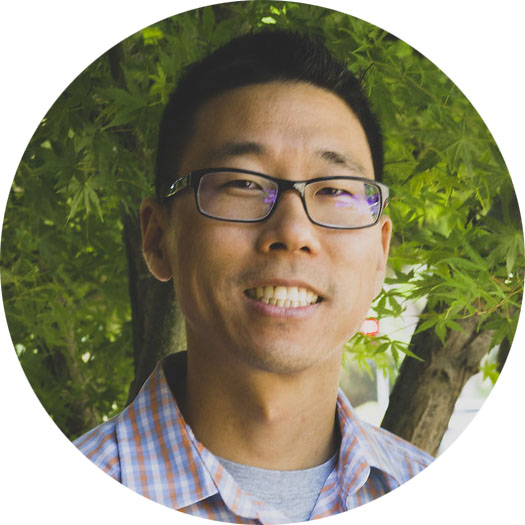